With EviCypher, create your own encryption keys and exchange, contactless, in complete security with your correspondents.

Personal security should no longer be in the hands of connected digital services, but in those of the individual. Indeed, it is because cybercriminals have access to digital systems that they can carry out their attacks. Freemindtronic’s EviCypher, invented by Jacques Gascuel, establishes an effective physical and digital barrier. It’s an “Air Gap” device that keeps secrets, but that’s not all.

This individual encryption system gives the person back control of their digital data, from end to end, thanks to a secure NFC device. EviCypher is a physical vault of encryption keys unrelated to a computer system, it communicates with the latter on demand via a near field transmission protocol (NFC). EviCypher is backward compatible with Freemindtronic’s EviToken technology, allowing users of these products to maintain their usual digital services.

A Green tech technology that saves encrypted data for 40 years, without any source of electrical power. It is designed and manufactured without battery, connector, cloud and plastic. The device recovers energy through the NFC signal of the Android phone it is paired with. The latter serves only as an HMI & M2M terminal. Recyclable, the device is solid and waterproof. Extremely durable, it can be sold on the second-hand market after formatting back «factory configuration».

The NFC device works without error between -40° to + 85° C. It offers the user extreme portability of availability of their secrets anywhere, anytime and in any situation.

The solution is designed to preserve extreme anonymity, it leaves no trace of its use or of its user.

In 2019, 100 years after Hugo Alexander Koch’s invention of the first portable electromechanical encryption machine, Jacques Gascuel filed a patent on segmented key authentication. It is based on the principle of Kerckhoffs [2]  according to which the security of a crypto system must be based only on the secrecy of the key and not on that of the algorithm.

In March 2021, after 3 years of research and development, he innovated again by creating the first device dedicated to contactless encryption. The asymmetric and symmetric encryption key mechanism is secured by trust criteria defined at the discretion of an administrator and / or user.

Advantageously, the system deprives cybercriminals of access to the encryption keys by a physical mechanism. Which also makes it a cybersecurity tool to fight identity theft. It can be used to prevent, for example, fraud attacks against the president and to protect against phishing attacks by email in a simple way.

EviCypher is designed to evolve and adapt to existing communication systems such as online or local email services via Thunderbird as well as all instant messaging including SMS & MMS. Unlike messaging systems around the world, messages remain encrypted by default and will be decrypted on demand.

It is also a password and PIN code manager for secure USB keys EviKey® and secure SSDs EviDisk® made in France by the Syselec Group. It is compatible with EviKeyboard, a virtual keyboard in NFC and Bluetooth version from Freemindtronic. 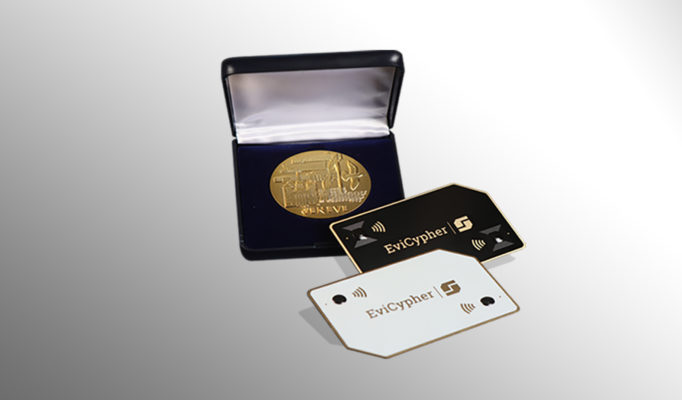